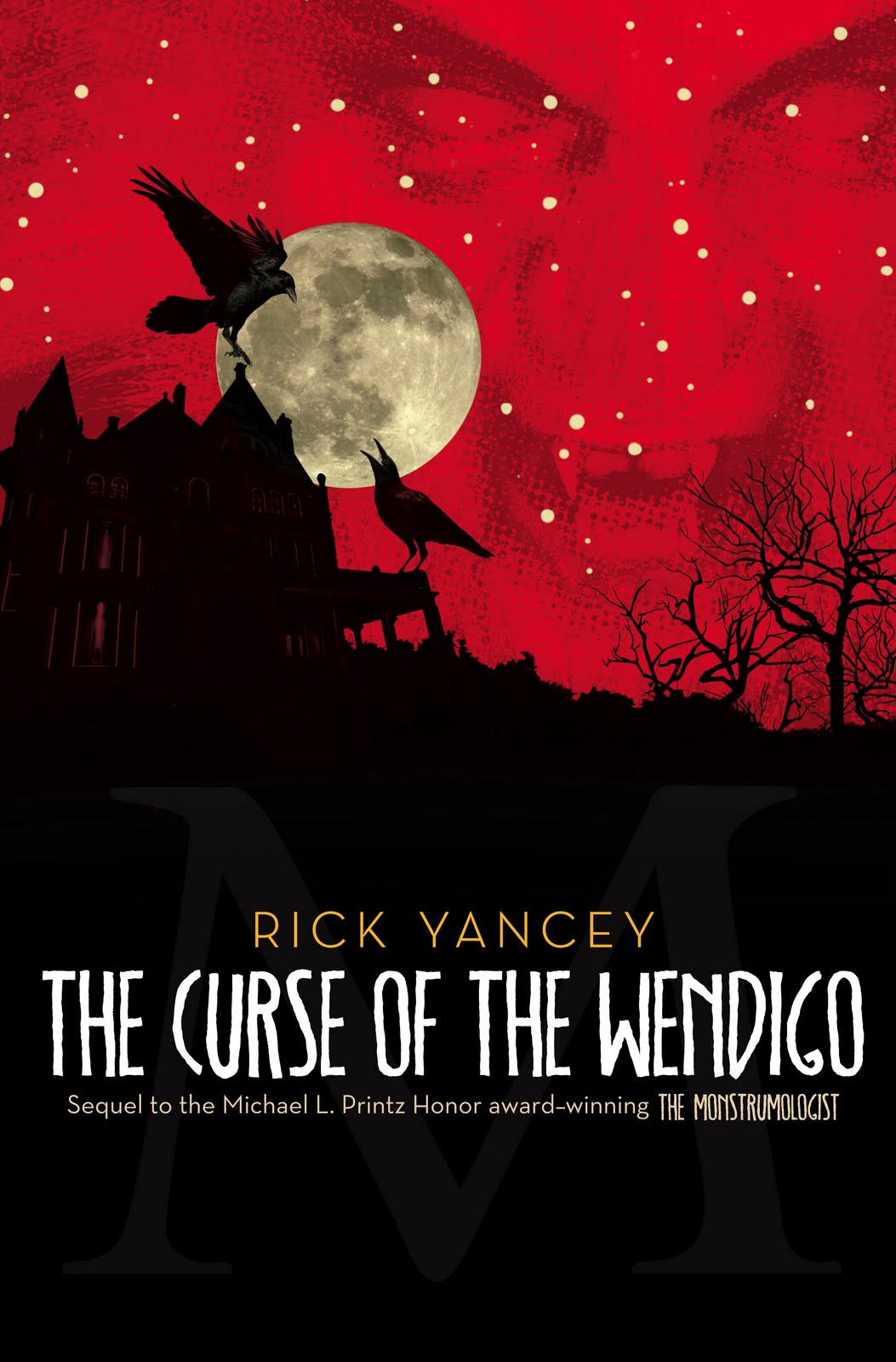 In this decadently disturbing second act, young Will Henry accompanies his guardian Dr. Pellinore Warthrop to the wilds of Canada to perform an emergency rescue. The casualty is Dr. Warthopâ€™s close friend and colleague John Chanler, a fellow monstrumologist who was always a bit more adventurous and lighthearted than Warthrop. But that reputation has come back to haunt him, as he set out determined to trap a soul sucking creature called the Wendigo that most monstrumologists, including Warthrop, believe is a complete and total myth, and instead became its victim. Even in the face of overwhelming evidence (namely John Chanler’s emaciated frame and drooling stare) Warthrop refuses to believe that John has become possessed by the Wendigo, a creature that defies definition: “There is no name for it; it has no human symbol. It is old and its memory is long. It knew the world before we named it. It knows everything. It knows me and it knows you.” After a nightmare journey where the doctor manages to get himself, John and Will Henry out of the wilderness and back to John’s hometown of New York, Warthrop tries to persuade his esteemed colleagues at their annual Monstrumologist convention that the Wendigo is not real. But his arguments fall on deaf ears when John disappears–and the killing begins. Squee! Once again I was gripped with terror as Yancey wove his gruesome magic and drew me deeper into the dark world of Will Henry and his tormented mentor Warthrop. This series not only satisfies my cheap morbid love of gore, but is also full of psychological and ethical turmoil that causes me to pause and reflect even as the little hairs on the back of my neck stand up and start to boogie. The rich characterizations and fabulously realized historical setting (at one point, famous muckraker Jacob Riis shows up to lend a hand to the monstrumologists) make this oh so much more than a quick scary read. I know some of you will come for the gore, but I encourage you to stay for the story, which this time around contains even more food for thought about the nature of love, obsession and jealousy.

Cassel is an outsider in his own family. Of all the members of his immediate tribe, he is the only one without the power to change peopleâ€™s emotions, luck, even memory with the touch of a hand, an act known in his world as â€œcursing.â€ The law prohibits those with cursing powers to wield them, so the individuals born with these abilities live on the fringes of society in loyal family groups not unlike the organized crime families of our world. Because he has no aptitude for curse work, Cassel has developed other skills, especially in the art of the con. He can set up a mark as easy as 1-2-3, and runs a pretty profitable numbers game at his boarding school. But when he wakes up standing on the roof of his dorm one night wearing only his boxers, Casselâ€™s legendary cool begins to crack. Is it just a case of innocent sleepwalking? Or is it possible that a diabolical curse has been laid on him? As Cassel begins to investigate, he discovers a secret about himself that ties him to the most powerful of all crime families and causes him to realize that he has been utterly betrayed by the people he trusted mostâ€”his own flesh and blood. Now Cassel has sworn revenge on the folks who made him who is. But how do you grift a grifter? How do you trick a family of supernatural con artists who know not only how to shake a mark down but also how to shake off his memories of ever even being conned? Easy. Cassel has an ace up his sleeve, and while it may look like just a scruffy white stray cat, itâ€™s actually the key to bringing his entire family to their knees. Cassel’s not afraid to get his hands dirty. See, he’s killed before. And if he has to, he will again. This noir-ish genre-blender from urban fantasy maestro Holly Black is a heady mix of The Sopranos,

, with just a dash of Harry Potter thrown in. Black takes her time explaining the complex rules of Cassel’s world, and I have to say I was impatient through the first third of the book waiting for impending wave of foreboding to crash. But just like in Lev Grossman’s The Magicians

, all that detail pays off big time as everything you learn in the beginning ties into a killer of a climax that kept my heart pounding through the last fifty pages. Get Cursed! (You know you want to:) Here’s more good stuff from Holly on how Cassel and his con-fam came to be:

What if you could go back in time and impart to your younger self all the wisdom you’ve acquired since those carefree, innocent days of yore? “In fifth grade, do not put marshmallows in the toaster oven, even though it seems like a good idea…Sophomore year: don’t leave your retainer in a napkin in the cafeteria–unless you want to wade through three spaghetti-and-meatball-filled garbage bins to find it.” Seventeen-year-old Devi gets her wish to reconfigure the past when she accidentally fumbles her cell phone into the mall fountain. Now it will ONLY call her fourteen-year-old self, who she nicknames “Frosh.” Devi has six kinds of big plans to right the wrongs of her high school life in this seemingly free cosmic do-over. But changing the past has all sorts of side effects on her present that she never expected. Like losing the TV in her room that was given to her by her ex-boyfriend, who she now never dated because she warned Frosh to stay away. And finding that her college acceptance letter keeps changing, sometimes for the better, but sometimes not, as Frosh struggles to stay on the militaristic study plan Devi has outlined for her. Soon neither Devi nor Frosh know whether they’re coming or going, and what’s worse, the defective cell phone battery is winding down and wearing out. What’s going to happen when Devi can no longer rearrange her boy-obsessed past to accommodate her college-obsessed present? Devi should probably stop messing with her past before it changes her future for the worse–PERMANENTLY! The brilliance of Sarah Mlynowski’s writing is her bright banter and breezy humor. HerÂ  fresh, dizzyingly fast dialogue always sounds exactly like teenspeak, and she never fails to bring me to giggles if not outright guffaws.Â  This charming little story is no exception. A perfect beach book to squeeze in between all of those classics you were assigned for summer reading.