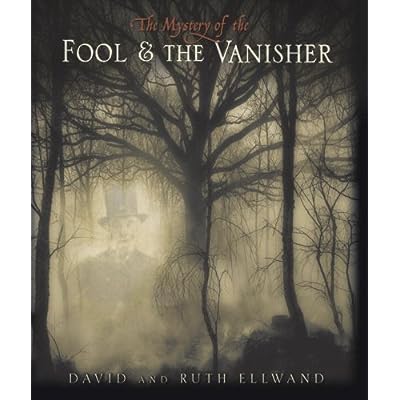 One day while exploring the South Downs, author David Ellwand saw a will-o’-the-wisp that led him to a dilapidated shack and a mysterious padlocked chest. After taking the chest home and breaking the rusty old lock and chain, Ellwand discovered the box was full of curios, and the crumbling journals of one Mr. Issac Wilde. Wilde was a photographer who helped document the excavation of a famed â€œfaery hill,â€ in the late 1880â€™s, coincidentally the same hill Ellwand often visited on his rambles through the English countryside. Wildeâ€™s journal told of a greedy archaeologist named Gibson Gayle who was determined unearth a Neolithic flint mine, despite the claims of the locals that the site was sacred to the Faery folk. Wilde heeded the villagersâ€™ warnings as more and more evidence of the faeriesâ€™ existence materialized under the workerâ€™s spades, while Gayle scoffed at all of Wildeâ€™s efforts to dissuade him from digging any further. Dig Gayle did, and what he eventually found caused his mysterious disappearance and an open end to Wildeâ€™s journals. Using clues from the journal, Ellwand tries to find Wildeâ€™s last, great daguerreotype, which would irrefutably support his claim that faeries do indeed exist. But is Elllwand ready to face his fears and travel deep into the woods of the South Downs to look for the missing piece of Wildeâ€™s legacy? Does Ellwand believe in faeries? After reading about what happened to Gayle and Wilde, can he afford not to? I leave it up to you to decide if Ellwand’s gorgeously wrought book, which evokes both Griffin & Sabine

and The Blair Witch Project, is fiction or nonfiction. All I can say is that I started leaving a small bowl of milk outside my apartment door…just in case! For more evidence that faeries are real, check out Ellwand’s other famous work.